We developed an Airstream Basecamp Awning kit That includes a Overland Vehicle Systems Nomadic Awning and Installation Hardware on your Basecamp. 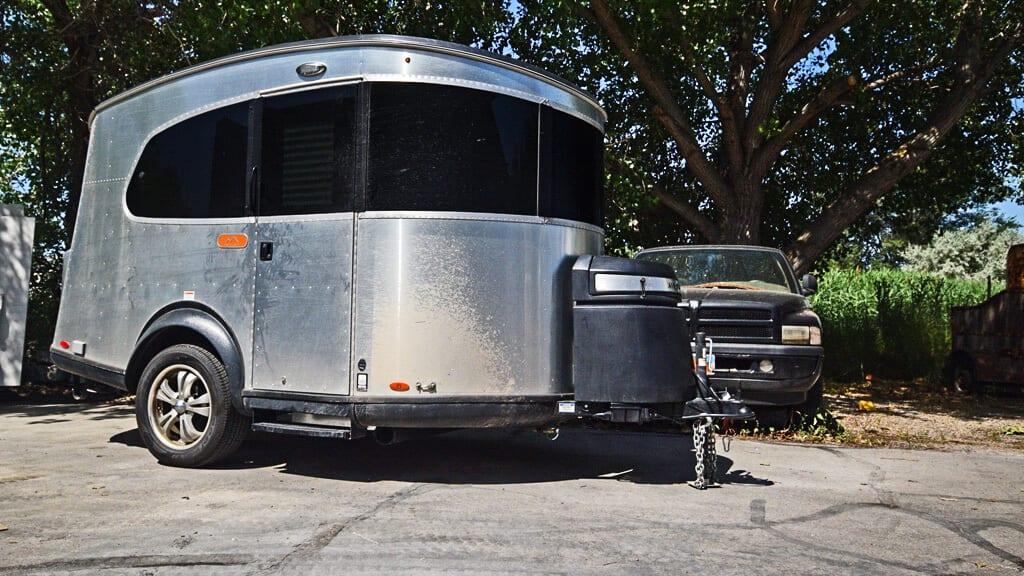 Because of its rounded body and arched roof, creating an effective awning for the Basecamp proved more than Airstream wanted to tackle. Instead, they designed something that resembles a windshield sun shade. In Airstream’s defense, they refer to the awning that comes standard with the Basecamp Trailer as a Visor, so they were pretty much admitting the thing is useless. As you can see from the picture below, to call the Visor an awning would be an insult to awnings everywhere. It is, in a word, inadequate. 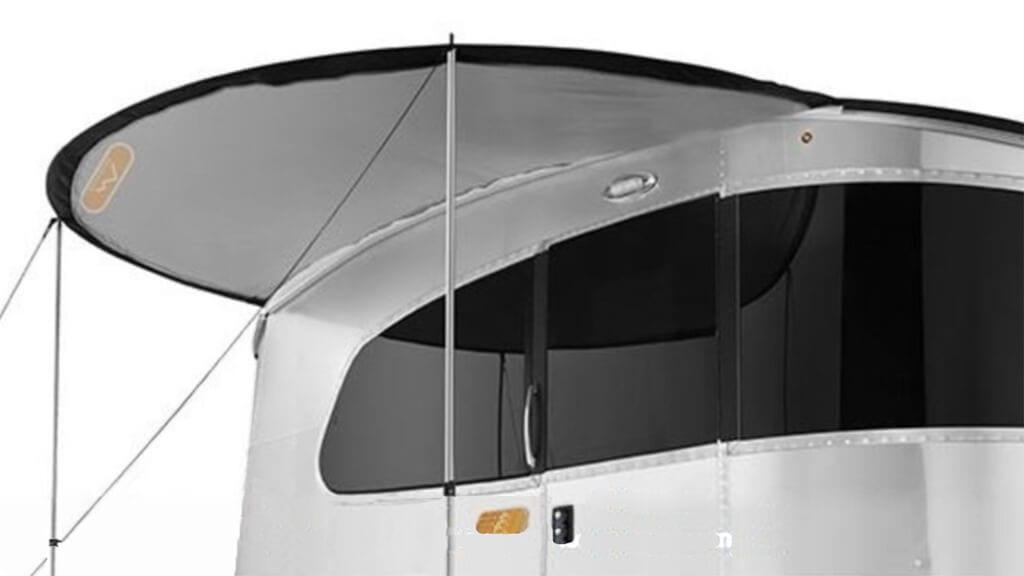 The client originally took the Basecamp to Airstream for an awning upgrade and was denied. They should have come to Reparadise first. With a plan in place, we turned Spencer loose on the build.

We started with an ARB awning for the Basecamp. ARB awnings are constructed from tough polyurethane-coated poly / cotton ripstop canvas. They are fully waterproof and provide UVP 50+ sun protection. Spencer chose 80/20 aluminum framing extrusion to provide a stiff, lightweight mount for the awning. Custom aluminum brackets were designed and installed to pair the straight-sided awning with the curved shape of the trailer. 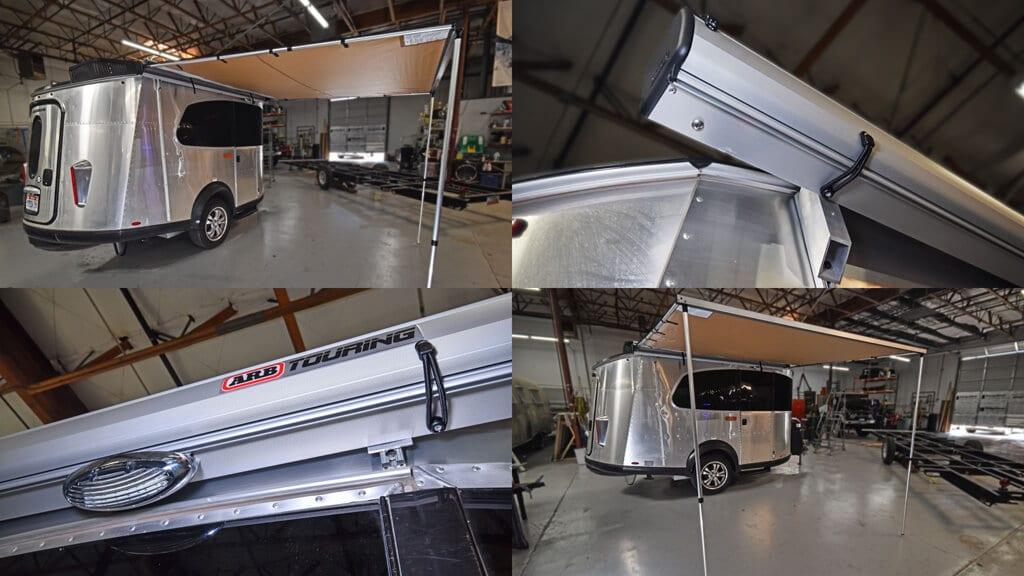 The Basecamp wears its new ARB awning upgrade with pride. The ARB unit extends nearly 100 inches from the side of the trailer, providing campers the weather protection they need on a backcountry adventure.

We now sell an Awning and kit for your Airstream Basecamp.