Originally named Alcan, after the infamous stretch of road connecting Alaska to the continental United States of America, the story behind the first telescoping camper is a fascinating one.

Highlighting the can-do attitude prevalent during the post-WWII economic boom, the story starts with Don Hall who, after service as a Seabee in the war, set his sights on travelling to Alaska – and taking his English-born wife, Irene, with him. As you can imagine, the idea of traversing a vast stretch of rugged, remote land is not something a trim and proper female would be the least bit excited about.

However, through inventiveness, persistence, and teamwork, both Don and Irene created a camper that’d suit their needs. And in the mid-fifties, they successfully piloted it from Los Angeles to Alaska and back.

An undeniably positive reaction from other travelers and locals persuaded the pair to mortgage their house and, with a roll of the dice, start the Alaskan Camper company. Catering to the outdoorsman industry, the business took off. And in a time when female involvement in the corporate world was unheard of, Irene worked side by side with Don to ensure their campers were a premium product, and something to be proud of.

[ngg_images source=”galleries” container_ids=”35″ display_type=”photocrati-nextgen_basic_slideshow” gallery_width=”600″ gallery_height=”400″ cycle_effect=”fade” cycle_interval=”10″ show_thumbnail_link=”0″ thumbnail_link_text=”[Show picture list]” order_by=”sortorder” order_direction=”ASC” returns=”included” maximum_entity_count=”500″]Highlights of the business venture include a female duo using an Alaskan and Jeep FC170 to document the first successful circumnavigation of the globe by camper, General Paton asking which truck to consider for his personal Alaskan Camper, and Wally Byam’s Around the World Caravan relying on not only their Airstreams, but Alaskan Campers as well.

To this day, sixty some-odd years later, Alaskan Campers continues in Chehalis, WA, under the vigilant supervision of Brian Wheat.

The first time I, Reparadise’s keyboard puncher and pixel pusher, Daniel Hall, laid eyes on an Alaskan Camper was when the parental units stopped in Salt Lake City, UT. On the way from LA to NY, they were traveling in an Alaskan purchased from Irene – and the last one produced under Don and Irene’s management.

At that moment the follies of a life spent camping solely with tents was realized. Growing up on the eastside of the continent, I’d only heard campfire stories of Don and Irene’s telescoping camper before crawling into a nylon and aluminum shelter for the night. Shortly after the first exposure, a friend, who spends the better part of the workweek surfing internet classifieds, sent me a link to a 1958 Alaskan in Heber, UT for $350.00. I was sold, and without a truck or garage I purchased the jack shack and set out to restore to original condition.

Don had passed before my time and I’d never met Irene, whom was still living in the house she and Don built and mortgaged to start Alaskan Campers. I sent her a letter and pic of my proud little purchase, which she responded to on original Alaskan Camper letterhead. She wished me good luck, and jokingly recommend to save the headache and light a match under the old rot-box.

It took over four years, but I completed the Alaskan restoration, and kept Irene up-to date with progress as things went along. Without a garage or extensive tool collection I relied heavily on the generosity of many friends (You know who you are, and many thanks!).

One of those who lent a hand and expertise towards the end of the restoration was Brandon, who was in the middle of starting a camper restoration business with his family. In exchange for shop space and resources, I started to add content to Reparadise’s webpage and help with other tasks (which turned into a full-time gig).

The stories she shared are deeply inspiring, and I’ve sat down with her to record the memories. I’m currently working on a short story about the challenges, triumphs, and adventures these two experienced. But, before I felt I could complete it, a trip to AK in my Alaskan would be necessary, which is where it’s currently exploring. 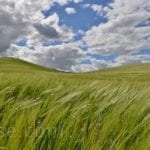 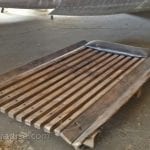